SPA (Sanitas per Aquae in Latin) means "health by water"
LOHAS is “Lifestyle of Health and Sustainability”.

Our activities for foreign countries
■ To widely disseminate throughout the world, the culture, the history,
the characteristics of the Onsen as well as the charactreristics of each thermal spa through the column "Praise of Onsen" written by one of the greatest experts in Japan, Mr. Michio Ishikawa (see “Our Partners”).
■ To present unique “Onsen trips” in Japan (example: enjoying the taste of each hot spring. Like what there is an “Onsen sommelier” certificate!), new initiatives at Japanese inns (Ryokan), thalassotherapy and spas.
■ Coordination for overseas media.
■ Support for reporting on Onsen, or Matsuri and Japanese culture.
■ Specialized guide for Onsen and Spa resorts.
■ Write articles about Onsen or Matsuri (traditional festivals).
Our activities in Japan
■ Give seminers

Exmple：Panelist at the “International Onsen Summit” 2018 Medical / Beauty Subcommittee.
■ Write articles on health tourism.
■ Franco-Japanese guide and interpreter.
■ Consultant Example: One of a public projects in Nagasakibana beach, Oita Prefecture (Local revitalization grant: Cabinet Office) for the renovation of the spa town (modeling with sunflower oil from the beach 0 ％ of chemical, Sunset Yoga only on days when the sun sets on low tide. Meals with local healthy specialties… This project will continue with local women without intervention of external companies.2016-2020. 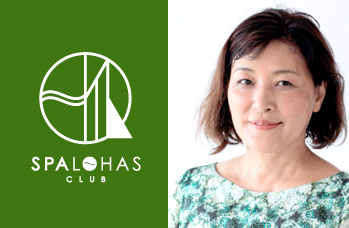 She received a medal of honor in French hydrotherapy by the CNETh (2014). Member of the public relations commission of the ISMH Kyoto in 2014. Member of the Japanese Regional Science Association of Spas, Japan. After 16 years of experience in a French public body in Tokyo (market research, etc.), in 2005, she became a freelance journalist specializing in Wellness tourism with water. In 2015, she created this organization with Dr. Agishi and Mrs. Yamashita. French-Japanese Interpreter Guide National Diploma. 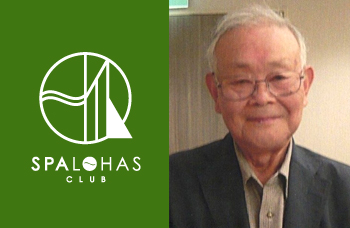 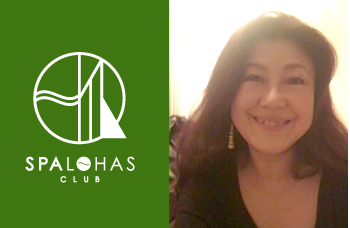 Visiting Professor of Yokohama University of Pharmacy.
Director of Japanese Society of Aromatherapy.
Chairmanof Hokkaido-Tohoku Chapter of Japanese Society of Aromatherapy.
Lecturer of Aroma Daycare of Odori Park Mental clinic.
Certified Instructor of International federation of Aroma therapists
Deep relations with sensitivity and natural order, especially connecting with memory and emotion could help counseling in psychiatry aria
I named it “Aroma with life review therapy”
There are many presentations at academic conferences. 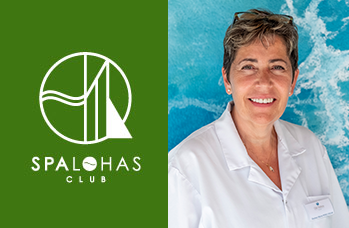 Doctor Marie Perez Siscar heads the Thalassotherapy Center "Côté Thalasso Banyuls-sur-mer".
She is also the President of the National Professional Union of Thalassotherapy in France, FRANCE THALASSO, since 2016. 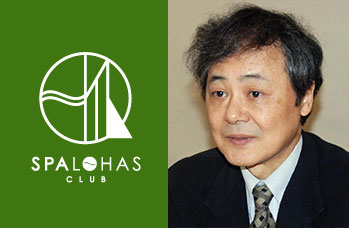 Professor, School of Marine Science and Technology, Tokai University
He has been in his current position since 2015 after working at the Japan Science and Technology Agency, the Science and Technology Agency, and the Oita Prefectural Office.
He is specializing in regional development with promotion of hot spring areas such as Beppu, the largest hot spring resort in the world, and supervision of marine resort such as Bungotakada City.
One of his inventions is “Bamboo Hot Spring Cooler” which is based on the technology of making salt from seawater used on middle of 20 century. Currently, about 55 instruments of them are in operation all over Japan.
He is a board member of the Regional Science Association of Spas, Japan, a council member of the Japanese Society of Hot Spring Sciences, and a council member of Hot Spring Research Center, Japan. 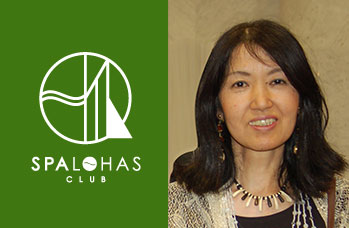 
President of “Japan Organic Cosmetics Association”. In 1998, published Japan's first organic life-themed magazine "Isis Laterale". In the 1980s, as a writer, she wrote novels and essays on the theme of women's independence, work and love. "Love over" (KADOKAWA), "Half Moon" (Kodansha Ltd.), "New Woman’s Happiness Theory" (KADOKAWA), "Under the Labyrinth of the Moon"" (KADOKAWA) and "Love the Unicorn" (KADOKAWA), and others. 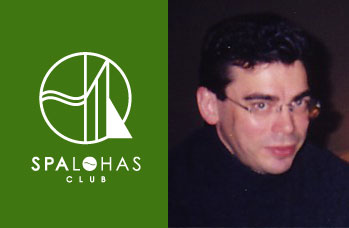 Born and brought up in Tokyo. After working at news agencies as a reporter, started her career as a freelance writer and translator. Mainly contributing magazines and online media. Traveled more than 80 countries worldwide, visited nearly 300 hot springs in 33 countries outside of Japan researching the bathing culture of each country. Member of the Regional Science Association of Spas, Japan.

Our partners: the Thalassotherapy centers in France